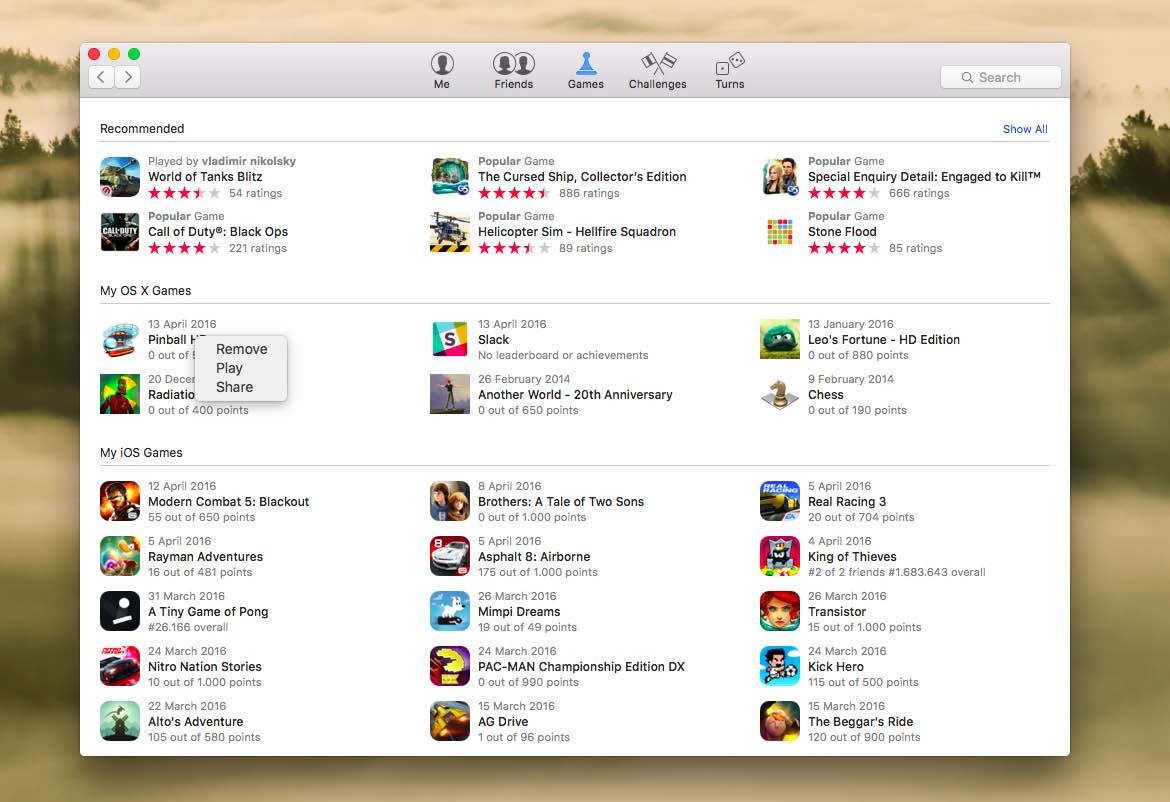 
What Is Game Center?

I'm attempting to port my game to the Mac App Store. I want to include Achievements and Leaderboards.

What is the workflow to test Achievements and Leaderboards before submitting the game to the app store? They all say "Not Live" in the Status column. I have not submitted the game submission for review because I need to test the code first.

The game plays successfully in the Unity editor, but I was expecting to see a Game Center log-in dialogue box. I send myself a debug message which looks like Authentication completes successfully, but I'm not signed into Game Center on this Mac. I also get an error about not being able to find the achievement I created in iTunesConnect. Is it because they are marked as "Not Live"? Is it not working because I'm trying to test in the Unity editor?

A simple mistake with sudo rm could cause major issues. After removing Game Center, I restarted my computer.

I downloaded a game a couple of days ago that could be linked to Game Centre, it had the button for it, that was okay, but just tonight Game Centre kept popping up wanting me to log in, could barely make a move before it was up again. You have saved my sanity and my growing FreeCell addiction. Alternate approach — control-click on Game Center and tell it to show package contents.

It will reveal a folder full of stuff. You can drag it all to the trash. It will ask for an admin password, but it will do it.